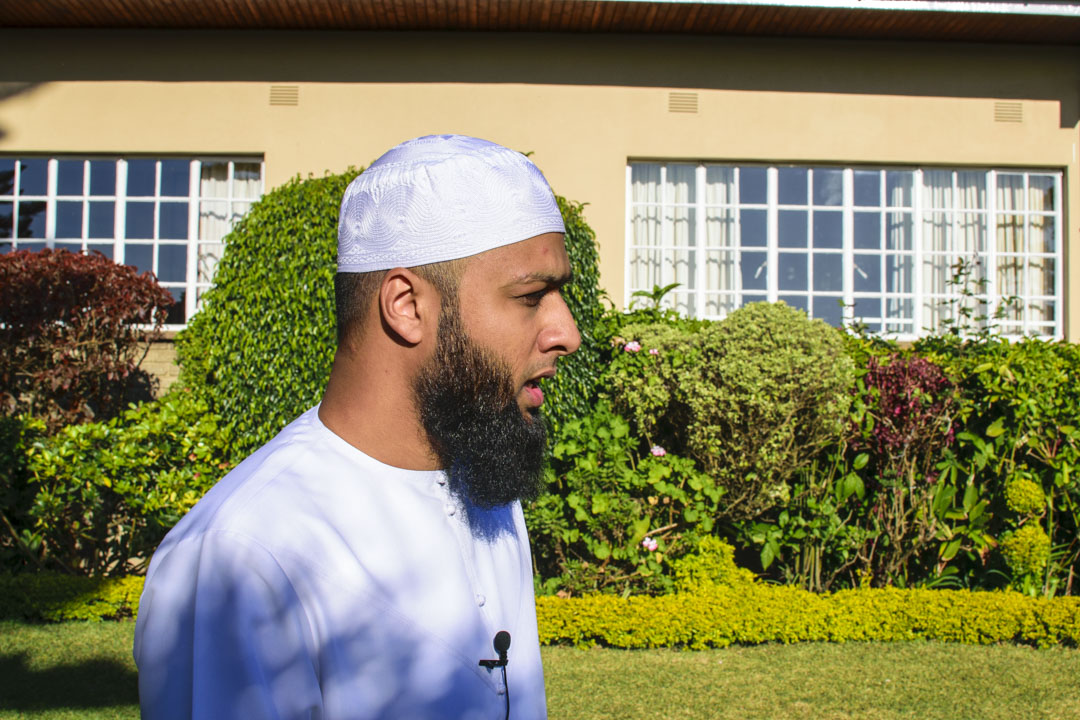 Maulana Imtiyaz Sidat was born in the heart of Leicester. He has an astounding gift….His amazing voice, which has given him the passion of reciting Qira’ah/Anasheed & also gives regular Lectures as well as teaching regular courses on various topics, Maulana is also involved in many other projects. He started off performing regularly at various events including performing in Jame’ah Masjid’s Annual Jalsa and Ramadhan/Hajj Radio in Leicester.

He completed the full memorisation of the Qur’an (Hifz) between the age of 15 and went onto study the Aalimiyyah (Islamic Theology) course. He graduated in July 2010 at Jame’ah Uloomul Quran Leicester thus giving him the “Maulana” status. His main ustaads (Teachers) include the grand scholar; Shaykh al-Hadith Maulana Adam ibn Yusuf Hafizullah  (Graduate of Darul Uloom Deoband in India) who is the head of Jam’eah Academy Leicester.

His lctures have aspirated people of all ages especially the youth who he can relate to. His popularity over the coming years has expanded to the Muslim communities around the globe. Maulana has visited Germany, Portugal, South Africa, Mozambique, Zambia, Bangladesh, India, Malaysia, USA, Canada and many more other countries all for the purpose of spreading the wonderful message of Islam.

Through his programmes, with the might of Allah The Almighty, he has inspired and educated hundreds of muslims towards the love of our beloved Prophet Muhammad Sallallaahu Alayhi Wasallam and our Lord Allah Subhaanahu Wa Ta’aala.

He has made 2 charity CD’s. One titled: Jameah (2008) to raise Lillah for Jame’ah Masjid in Leicester & another in collaboration with a charity who are based in leicester titled: Rahma Mercy (2011) for the orphans of Albania & Kosovo and has contributed towards many other positive projects to help the most needy and continues to do so.

He is looking to take on the recitation of Al-Qur’an and also the production of Anasheed, giving Lectures and many other projects that he is currently pursuing as a means of changing peoples lives for the better and to bring them closer towards Allah Subhaanahu Wa Ta’aalaa and our Beloved Prophet Muhammad Sallallahu Alayhi Wasallam. We request all the Muslim brothers and sisters to make DUA for him and support him as he goes onto do the work of Deen. Shukran.

Numbers Speak For Themselves!